For months now the Coalition of Immokalee Workers (CIW) has been encouraging Wendy’s to join the Fair Food Program and the rest of the Fair Food Nation in the collective fight for farmworker freedom. Wendy’s current CEO, Emil Brolick, was CEO of Taco Bell when they signed with the CIW way back in 2005. Because of this, we expect Mr. Brolick to understand the importance of signing with the CIW. Last weekend, June 18th, the CIW and Student Farmworker Alliance (SFA) organized a large action in anticipation of the annual Wendy’s shareholder meeting in New York City. DC Fair Food had a strong contingency and contributed to this collective action. Here is one reflection on the weekend written by DC Fair Food member, Jon Berger.

This past weekend (June 18th), six members of DC Fair Food trekked up to New York City to participate in the CIW’s mobilization for the Wendy’s shareholder meeting.  On Friday night we met other members of the Fair Food campaign for dinner, then stayed up into the morning painting banners, mounting signs, and braiding yarn so we could all look like Wendy.
After a few hours sleep, we woke up to welcome some newly-arrived allies to the space, and practice our street teatro so that we could share the story of the Fair Food campaign with anyone.  Then we split into three groups to pass out flyers and deliver letters about the campaign at 3 different Wendy’s locations.  Then we gathered together again at Union Square for the big action.  People loved our costumes and signs, and everyone wanted to hear about how Wendy’s is the only one of the biggest five fast food companies that hasn’t signed the Fair Food Agreement.
After a street theater performance by members of the CIW and allies, it was time to march.  This wasn’t just any march though, it was art!  The CIW came with the large blue banners declaring the rights of farmworkers, cardboard tomato signs, and a life-size articulated puppet of Wendy thanks to the Peoples’ Puppets of Occupy Wall Street.  We also had musical accompaniment by the Rude Mechanical Orchestra in the back of the march, and Sal and Cindy from DC Fair Food strumming their jaranas and singing in the front.  We visited two Wendy’s locations with over 200 people, picketed for hours, and let them know loud and clear that they need to grow up and get with the Fair Food Program!  Then we adjourned to a nearby union office to celebrate with home-made tamales and stories from the fields of Immokalee about the new day of farmworker rights and freedoms. 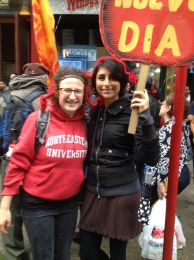 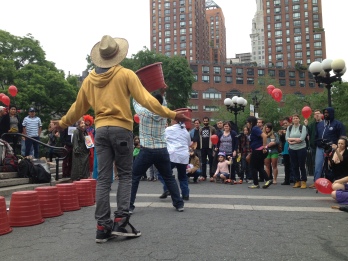 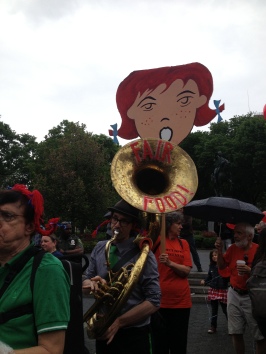 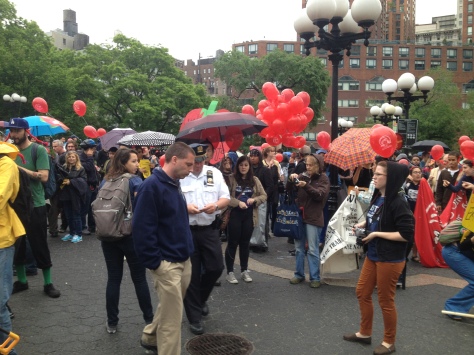 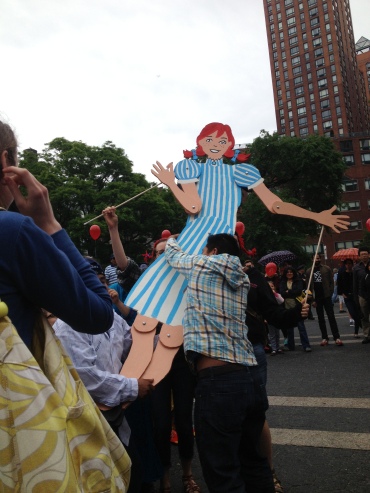 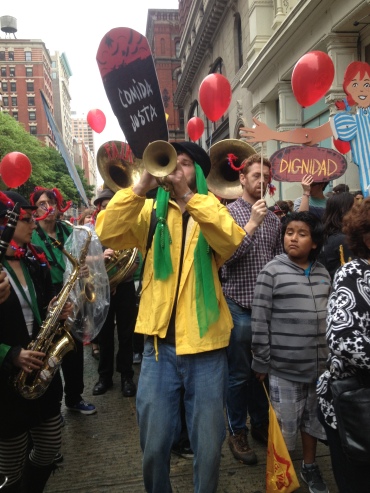 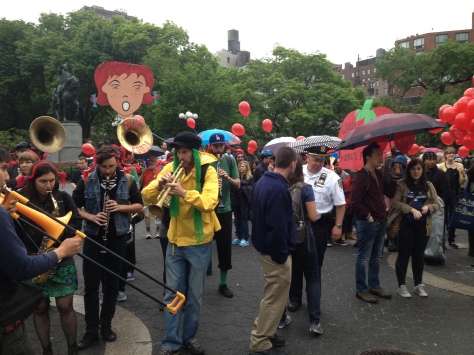 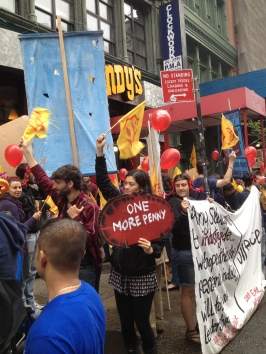 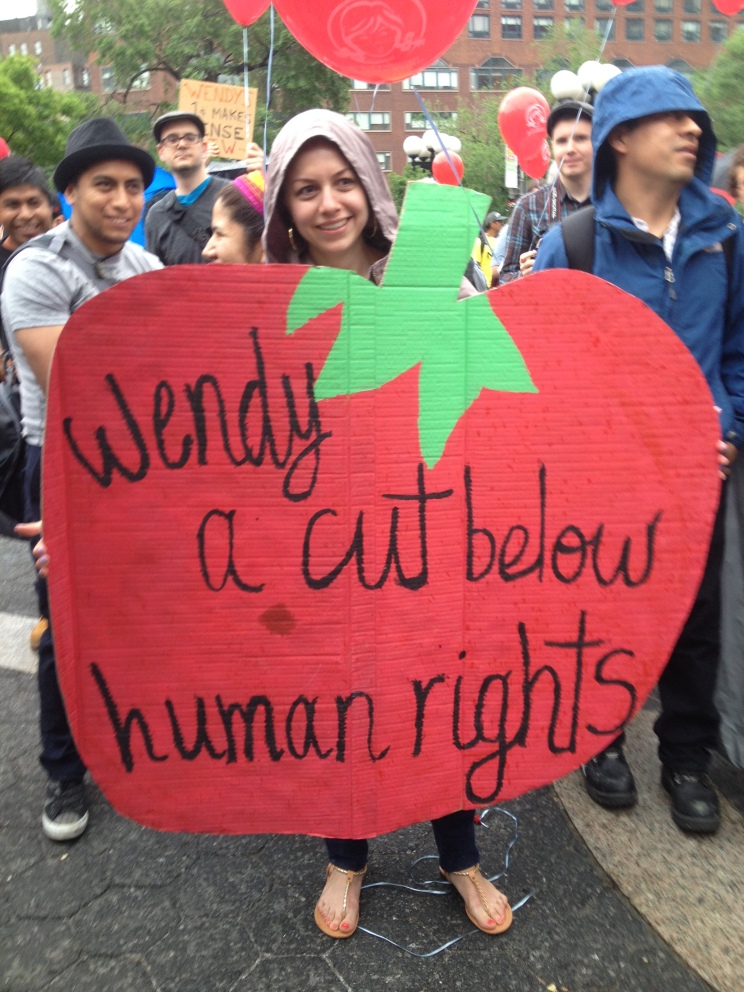 For more information on the action, videos and photos visit www.ciw-0nline.org.