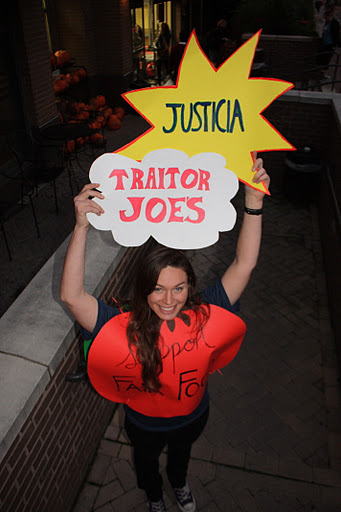 Greetings from D.C. Fair Food! We are a local network of allies and advocates that organize in solidarity with the Coalition of Immokalee Workers (CIW), through working on a shared Campaign for Fair Food. The CIW is a community-based organization of mainly Latino, Mayan Indian and Haitian immigrants working in low-wage jobs throughout the state of Florida. The CIW, with the support of ally groups like D.C. Fair Food, has taken on some of the biggest fast food conglomerates in the world, securing agreements with nine corporations to ensure an end to human rights abuses and poverty wages for farmworkers. The CIW has aided the Department of Justice in successfully prosecuting seven slavery operations, resulting in the liberation of well over 1,000 workers. View more posts